Antoine Krug, managing partner of Siparex Group, left France and arrived in Montreal over a year ago. The challenge ahead of him was significant: to participate in launching an innovative investment fund aimed at financing business development in Europe and North America. Here’s a look at the Transatlantic Fund, endowed with C$120 million in capital and ready for deployment.

Jointly managed by Siparex Group and Desjardins Capital, the fund enables equity capital to be invested in Quebec and French SMEs to support their growth or finance business transfers. While Antoine Krug has already started his work in Quebec, Claude Delâge, Senior Investment Manager (previously Vice-President, Business Development) at Desjardins Capital, left the province a few weeks ago to set up in France. “This unique initiative enables us to support the development of French companies in the North American market from a base in Quebec, and conversely, to support the success of Quebec companies in Europe from a base in France,” explains Krug.

Half of the fund's endowment is reserved for Quebec companies and the other half is available to French companies. Investment decisions are made jointly by the teams at Siparex and Desjardins Capital. “The minimum expected investment is $6 million, while the average investment will exceed approximately $10 million,” predicts the Siparex director, who is conveniently located in Desjardins Capital's offices in downtown Montreal. 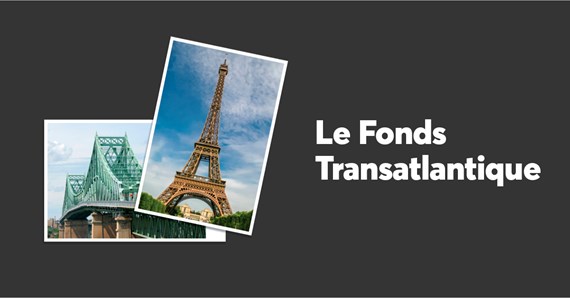 The strength of this new partnership is not based merely in the capital it will inject into selected SMEs. These companies will also have access to well-established networks of contacts at Siparex and Desjardins Capital. “One of the difficulties encountered by entrepreneurs is breaking into foreign markets. And yet it’s important to their development,” explains Krug.

Being on foreign soil brings its share of difficulties. Leaders need to familiarize themselves with the regulations in effect, understand how business is done there and create new networks. “Now you can receive support from both sides of the Atlantic as you pursue your ambitions internationally,” he explains.

Entrepreneurs who approach the Transatlantic Fund looking for capital will need to meet the eligibility criteria. This will be determined through their business plan, which should include an ambitious development strategy for either organic growth or acquisitions. And since successful overseas expansions are often the prerogative of companies that are already firmly established, this will be one of the criteria necessary for receiving funding.

“The Transatlantic Fund is positioned to support mature, profitable companies, from any sector of activity, whose revenues vary between $15 million and $500 million. At this stage, small companies looking for venture capital or new businesses in the launch phase are not targeted by this program,” specifies Krug, who adds that he is enjoying his immersion in Quebec culture to date.

For quite some time, France and Quebec have been considered fertile ground for entrepreneurs. Krug also notes that there’s some excitement in the market. “We are now operational and want to let people know about the Transatlantic Fund,” he says. Could your SME be one of the first to enjoy such valuable support?

Backed by over 45 years of expertise, Desjardins Capital’s mission is to support companies on the path to growth. With over C$2.1 billion in assets, Desjardins Capital and its network contribute to the sustainability of over 460 companies, cooperatives and funds in various sectors of activity spanning all regions of Quebec.

Created in 1977, Siparex Group is an independent French private equity investor specializing in SMEs with over €1.9 million in assets under management. Siparex serves companies in France nationwide through eight locations, as well as in Italy (from Milan) and Germany (from Munich). It has established partnerships in North Africa and recently launched the Transatlantic Fund in partnership with Desjardins Capital.